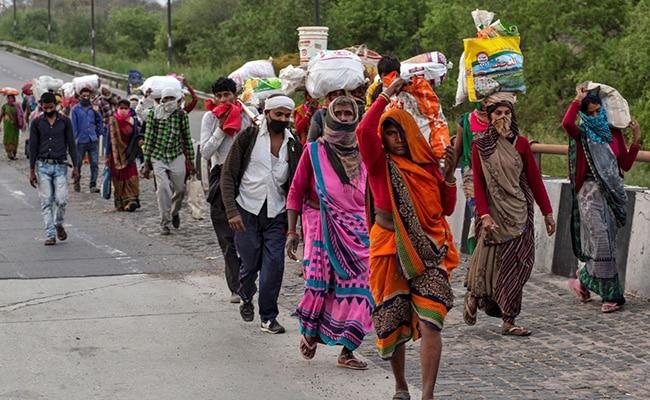 It would be pertinent to remember in these turbulent times what Mahatma Gandhi had suggested in the 1940’s for making the rural India as the centerpiece of planning and growth.

“I am convinced that if India is to attain true freedom and through India the world also, then sooner or later the fact must be recognized that people will have to live in villages, not in towns, in huts, not in palaces.

My idea of Village Swaraj is that it is a complete Republic, independent of its neighbours for its own vital wants, and yet interdependent for many others in which dependence is a necessity. Thus every village’s first concern will be to grow its own food crops and cotton for its cloth. It should have a reserve for its cattle, recreation and playground for adults and children. Then if more land is available, it will grow useful money crops. The village will maintain a village theatre, school and public hall. It will have its own waterworks ensuring clean water supply. This can be done through controlled wells or tanks. Education will be compulsory up to the final basic course. As far as possible every activity will be conducted on the co-operative basis.

No one under it should suffer for want of food and clothing. We should be ashamed of resting or having a square meal so long as there is one able-bodied man or woman without work or food.”

Sri Jayaprakash Narayan on a much later date than Gandhi echoed the same sentiments.

During this Lockdown and thereafter the country has come face to face with the ugliness of Migration. That the economy of this country was to a great extent dependent on the migratory labour was known but not given importance  and acknowledged since we would then have to answer for all the miseries suffered by this migratory population for eking out a starvation level living. We few enjoyed almost all the fruits of prosperity giving a small pittance to those who labored day and night to provide us with all the comfort. The migratory labour flocking to the cities from villages far away, leaving their dear families to the vagaries of nature, were treated in a manner as if we were doing them a favour by employing them instead of the reality of vice versa.

As Divya Varma writes in Deccan Herald, ”For the migrants, the city has always been a site of extraction and alienation. Despite ‘building’ the cities, they have persisted on its margins – invisible and isolated.” Such migrant population in India is estimated to be around 139 million.

Leaving aside the misery and torture suffered and endured by the migrants recently, thanks to an insensitive Government, Lockdown is offering us an opportunity to take our small scale and cottage industries from the cities to the villages of the migrants. We need to revaluate our concentration of small scale and cottage industry clusters in the overcrowded cities and shift them to the villages nearer the home of the migrant population. This has two advantages, namely we get a happy and health worker residing in the village with his family and also we are shifting the migrant population from the cities to the village countryside. This ensures village upliftment together with reduction of congestion in cities.

As an industrialist Mr. Mahesh Kejriwal in Bokaro (Jharkhand State) has suggested : “Some measures on the line of China to shift industries from the congested areas to the villages will help to solve the problem of both overcrowding and migration. When industries will develop in the hinterlands they will provide employment to villagers who will not have to go to the cities to find jobs.”

The Indian economy is in doldrums and the Government rightly is experimenting with various stimuli to kick-start the economy. This is the right time to provide the MSME sector with incentive and support and motivate them to shift to the rural sector for the long term benefits of a contented work force. The cities consequently will get decongested and heave a sigh of relief. Let us get back to the Gandhian model and make the villages of this country the pulsating veins of economic growth with simplicity, humility and empathy.