The Carnage of Demonetisation in India

is a Toronto-based author and blogger. He has reported from India (Kashmir, Chhattisgarh), Afghanistan, Pakistan, Haiti, the Democratic Republic of Congo, Colombia, Venezuela, Mexico (Chiapas), and Israel/Palestine. He is the author of Haiti’s New Dictatorship (2012) and The Demands of the Dead (2014).

People have already died from Modi’s sudden assault on 80 percent of India’s economy. 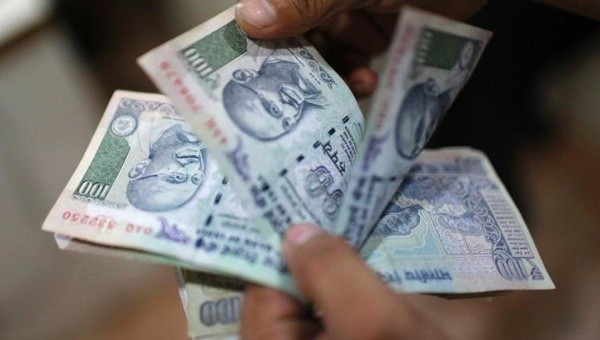 People have been left in the lurch after Prime Minister Narendra Modi announced that Rs 500 and 1000 currency notes have been demonetised. Photo: Reuters

On the evening of November 8 , the Prime Minister of India, Narendra Modi, went on live television to tell over 1 billion people that their 500- and 1,000- rupee bills were invalid as of that night. They could exchange their invalid bills for new 500- and 2,000-rupee bills at the bank. The exchange of notes was stopped on Nov. 24 , equally abruptly. There is a new deadline of Dec. 30 , 2016 for the deposit of all of the demonetised notes.

The economic damage caused by this unannounced fiat remains to be calculated. But it will be devastating. A ratings agency, Fitch, predicted a reduction of growth of 0.5 percent of GDP solely due to this “demonetisation.” Other estimates have been a 1 percent reduction, or a 2 percent reduction in growth. But the Forbes article reporting the prediction, in its title, points out that “No One Really Knows.”

As for the editor of Forbes Magazine , he has called demonetisation “sickening” and “immoral”: “What India has done is commit a massive theft of people’s property without even the pretense of due process — a shocking move for a democratically elected government.” Forbes compared the move to the forced sterilization program of the 1970s: “Not since India’s short-lived forced-sterilization program in the 1970s —this bout of Nazi-like eugenics was instituted to deal with the country’s ‘overpopulation’ — has the government engaged in something so immoral.” Historian Sashi Sivramkrishna pointed out that induced currency shortages helped cause the Great Bengal Famine of 1770.

The idea of demonetisation was to crack down on “black money.” The government claims that the users of this “black money” to attack India’s currency and conduct illicit business include, of course, the insurgents in Kashmir, the Maoists in Central India and Pakistan. A flood of articles predicting the damage that would be done to these “black money” users followed — sourcing the police and army. Like this one , that said the demonetisation was “set to cripple the Maoists.” Or this one, a week after the announcement, that says that youth in Kashmir stopped throwing stones at the Indian military because of demonetisation. Other miracle cures by demonetisation will surely follow, as these ones are discredited .

It is worth noting that “black money” is unpopular. But, as this video from The Wire shows, demonetisation doesn’t address “black money” production by big businesses who don’t declare income or bribes by politicians who move their money overseas. Indeed, an astounding exemption was made for political parties who will be able to deposit their old currency freely.

The problem is that hundreds of millions of Indians —80 percent of them, providing 40-50 percent of the GDP  — work in the rural and informal economy and depend on cash transactions to survive. They don’t have bank accounts and consequently faced strict limits on how much they could exchange . Their small businesses are done in cash.

IN PICTURES: India Engulfed in Red Banners as Workers Strike Back (photos are in the article at the link)

Investigators from the left website Newsclick found a 25 percent reduction in the flow of vegetables to Delhi. These people had to run to banks that don’t work well for them at the best of times. They traveled to the banks however, they could, stood in queues, and went back cashless day after day. The Indian Express counted 33 deaths in the first week . This video by the news site The Wire is indicative. A villager needed cash to see a doctor. Her husband waited in line for four days at the bank before giving up. She died. Now the husband has no cash for her funeral rites.

The other problem is that, while the surprise nature of the announcement was designed to catch black money users off their guard, the government also surprised itself — the banks weren’t ready, the printing presses weren’t ready to produce the new currency, and people who got the new notes were so afraid that a problem of hoarding the new currency immediately arose — a classic cash crunch. The best move at this point, would probably to be to walk back from this manmade disaster and re-monetise the notes, as Sashi Sivramkrishna argued in The Wire . Sivramkrishna also noted that the government was unlikely to re-monetise, but instead likely to double down and proceed into an artificially induced recession.

The government’s response has been to ease the process of demonetisation for the middle class — those with bank accounts and cards for cashless transactions — and to mount a PR campaign, including some paid tweets with the hashtag #IndiaDefeatsBlackMoney. But “black money” will emerge from this fiasco unscathed, while poor people lose their livelihoods and, in unforgivable numbers, their lives.

As Venezuela, facing genuine economic warfare including attacks on its currency, makes desperate moves to try to counter its own “black money” problems, Modi’s demonetisation should be a warning. The Venezuelan government backed away from a sudden plan to demonetise the 100-bolivar bill and has extended the deadline once, showing a flexibility in the face of reality that Modi has lacked. There are better plans out there for a government that actually cares about its poor majority than following Modi in bankrupting them.