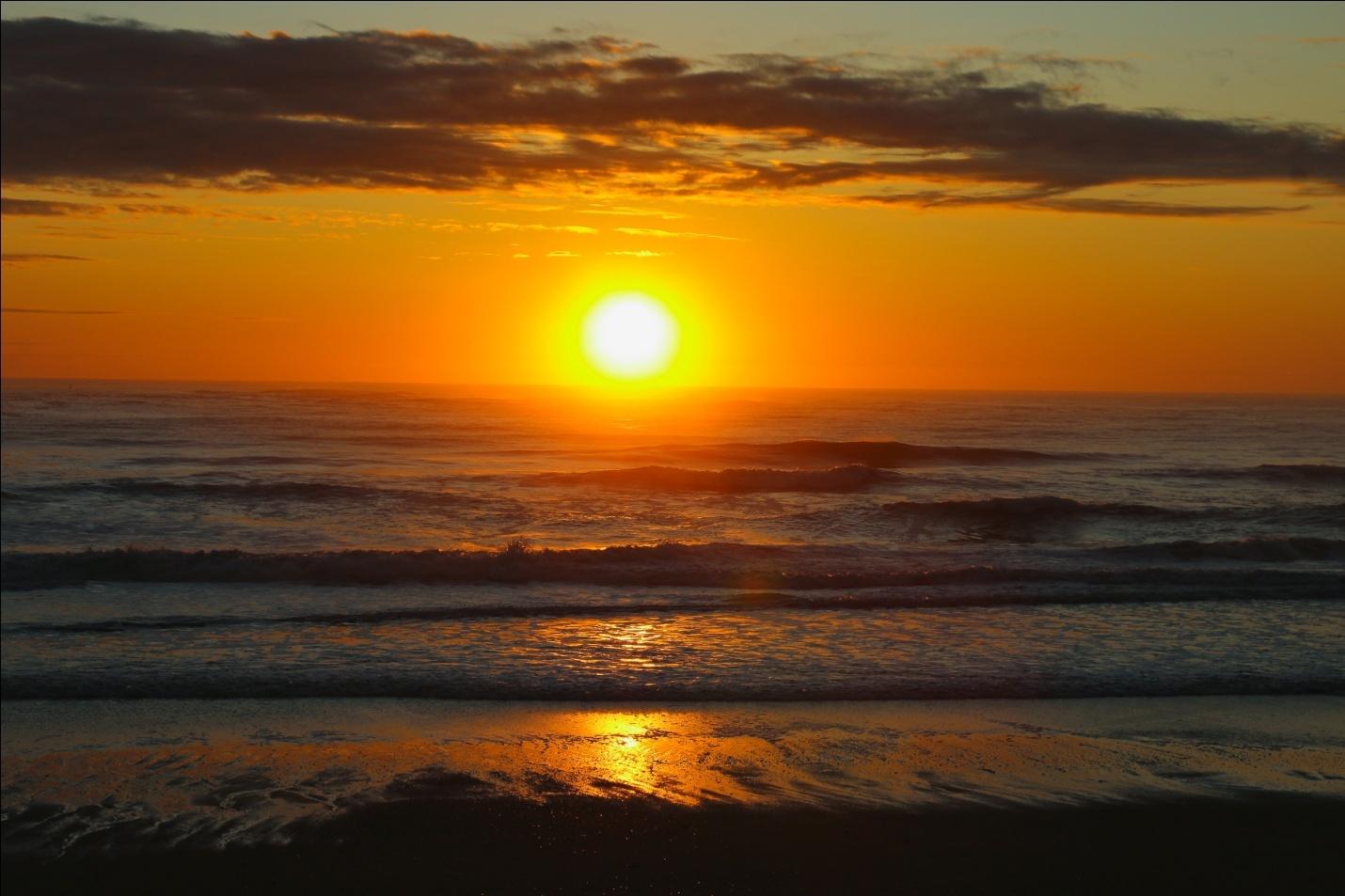 In India since March 2020 we are experiencing unusual events that have shaken our faith in ourselves and made us wonder whether a new chapter is opening for humanity. The sudden spread of Corona Virus all across the world has also engulfed India and challenged our notion of invincibility. We have suddenly been made to feel helpless in spite of all the technological advances we may be proud of. We were taught in childhood that man is a social animal but today we are asked to closet ourselves behind closed doors so that human contact is avoided. Is nature sending us a message?

On top of Corona the frequency of cyclones both on the eastern and western fronts is also telling us that climate variations with impending destruction is going to be the reality due to our own stupidity. The destruction of forests and the unlimited pollution that we throw in our surroundings and spread in the air we breathe are finally catching on us and doomsday is not that far unless we wake up fast to reality.

It is therefore time to rethink the way we live, what we must surrender or forego, what kind of living is sustainable, how new rules of social living have to be drawn up, new definitions have to be given to the oft-repeated words like liberty, freedom of speech, democracy, equality, empathy and so on. If we don’t, we can fight amongst ourselves, create divisions, gloat over our superiority over others and proceed towards oblivion.

So let us now prepare ourselves for a new India beckoning us and restart the process with no prejudices but a novel thought process which should challenge all the past actions which has brought us to our knees and taken out the humanity and empathy from all of us with no consideration for the well being of our own brethren. Time has come to evaluate and ponder over where we have come in the history of mankind and how far we have strayed from the dreams we had for the welfare of all.

The spread of hatred amongst us, the violence that has become a trademark and the pervading inequality in our population has shaken the foundation stone of freedom, equity and equality that we are so proud of mouthing. Therefore in preparing a Manifesto for the future of our country and in laying a path in the right direction from which we have strayed too far, we need to consider the following three important objectives even though they seem too difficult or unreal.

1.0  Development NOT through Globalisation

Firstly, at the cost of sounding insane, our present method of living where a few enjoy and the majority suffer has to give way to an egalitarian rural society which Mahatma Gandhi dreamed of as early as 1940’s for making the rural India as the centerpiece of planning and growth.

“I am convinced that if India is to attain true freedom and through India the world also, then sooner or later the fact must be recognized that people will have to live in villages, not in towns, in huts, not in palaces.

My idea of Village Swaraj is that it is a complete Republic, independent of its neighbours for its own vital wants, and yet interdependent for many othersin which dependence is a necessity.Thus every village’s first concern will be to grow its own food crops and cotton for its cloth. It should have a reserve for its cattle, recreation and playground for adults and children. Then if more land is available, it will grow useful money crops. The village will maintain a village theatre, school and public hall. It will have its own waterworks ensuring clean water supply. This can be done through controlled wells or tanks. Education will be compulsory up to the final basic course.As far as possible every activity will be conducted on the co-operative basis.

No one under it should suffer for want of food and clothing. We should be ashamed of resting or having a square meal so long as there is one able-bodied man or woman without work or food.”

We have strayed too far from the picture painted above in search of an urban society surrounded by technological advances not caring for the equity and equality of all human beings. In the process possession and wealth have become our gods and spirituality, sensitivity and empathy have been thrown to the winds. The India of tomorrow has to become rural centric with production and consumption of goods within a certain circumference. That world will take into consideration the needs of all within the group rather than the avarice and desires of a few at the expense of others. Most people will decry this model as a retrograde step and call it anti-technology and anti-progress. We forget where technology and progress has brought us to when we are ready to kill our own species to become safer and stronger. Equality and sharing have taken a beating for individual progress.

GDP, development, progress, success are words that need to be replaced by equality, empathy, satisfaction, community. Happiness for all has to become our top priority instead of domination by few. The poor have to be brought up sometimes at the expense of the few at the top. We have to take a serious look at the society we wish to create where the misery of others becomes my worry too.

Secondly, our governance has to become from bottom to top instead of top to bottom as now. Gram Sabhas as mentioned in the Constitution have to function as the first level of governance with financial and administrative powers to decide their own fate. To think that bureaucrats sitting in Delhi can rule this country so diverse and large is a serious error of judgement. Panchayats and Gram Sabhas at the bottom of the pyramid should be the decider of the way of life the bottom wants. Democracy is for and by the people and it is people’s authority at the bottom that should be our guiding spirit. This decision making at the bottom will guarantee freedom and unity in our diversity and will teach us how to work unitedly for the love of all.

Gram Sabhas fully activated can a play a very vital role in opposing centralized power play under the authority given to them under the Constitution. The Gram Sabha is the fulcrum of the Panchayati Raj and village development. People will use the forum of the Gram Sabha to discuss local governance and development, and make need- based plans for the village.

Thirdly, the Migrant crisis during this Corona Virus and continuous lockdown has shown us the underbelly of our pseudo-development model. Globalisation and so-called liberalization has benefitted a few at the top and the vast majority at the bottom of the pile have waited patiently for the promised trickle-down effect which never came in the last thirty years. Vast technological progress has not resulted in equitable distribution of wealth; rather it has converted a human being into a number to be manipulated, shadowed and controlled by a heartless technology. This globalization has reduced the vast majority as a statistical entity whose only purpose in life is to serve the fortunate and powerful few. This is slavery of the worst kind since the slave is brain-washed to feel that he is serving a noble purpose.

Through the decentralization of power and the emphasis on the rural sector as discussed above, we can invert the existing pyramid so that the poor, deprived and neglected become the prime concern of ours and real development indices relate to the well-being of this section of society. It is of no consequence if the rich get richer; it is important that the bottom is offered a life of purpose and happiness. The equality and equity will not then remain merely a slogan.

Fourthly, we need to understand that milking the earth and destroying the environment is only going to make us disappear. The forest, the animals that inhabit them, the oceans and rivers that flow, the creatures that make the seas their home – all are necessary for us to continue to survive. Continuous mining of fossil fuels, ores and minerals, cutting of forests, killing of animals and sea creatures, polluting of rivers and oceans – all will ensure the extinct of human species. We have to stop these activities no matter how difficult or impossible and make this world liveable for all creatures that God has created to survive on our planet. Let us remember that we are supposed to be guardians of this planet not the absolute ruler over others. If nature exists so shall we and this calls for protecting the forests, land, rivers, animals and all living creatures. Climate change is a direct result of our wanton destruction and is a warning that we have gone too far. This will call for a change in our lifestyle and we may have to go backwards foregoing many things we are used to in order to make this planet liveabale. To believe that future technologies will solve all problems is at best a foolhardy dream and a sure recipe for disaster. The warning bell has already sounded. We have a lot to learn on this subject from our tribal communities whom we have so far called uncivilized.

The richness of Indian culture and civilization is a result of its diversity in religion, language, customs and practices. The Indian mosaic resulting from this diversity has interested many personalities in the world and they have wondered at the seemingly impossible unity of the nation. We have borrowed the best from all religions, languages, music and art and woven them into our daily lives. This has been our strength and different varieties have learnt to live together in this land called India.

Therefore any attempt to divide us, to spew hatred towards one another, to make us look different within this nation has to be fought and made a punishable crime. The Constitution guarantees equality for all and this must not remain merely on paper but enforced with full strength of the law. To preach and practice that some are more equal than others is not only against our Indian Constitution but is a sure recipe for self-destruction. Love and compassion for all no matter how different has to become our sincere belief and practice not only by law but as a diktat from Almighty above. India will remain India if we all learn to live together in harmony absorbing the best from one another. This has to be our conviction.

The India of tomorrow has to be drastically different from that of today if we wish to live in peace and harmony with equity and equality for all human beings.

Migrant Population that counts for nothing —— Prem Verma