“The Earth does not rest on the forehead of Sheshanaga. It is safe in the hands of the Dalits, the farmers and the workers.” (Annabhau Sathe)

As we celebrate the birth centenary of Tukaram (Annabhau Sathe) we not only see the relevance of his writings at that time but even today. Here is a man who belonging to Maanag (Matang) community, an untouchable, who left his education as he was humiliated due to his caste from 4thstandard, but self learned to create a corpus of work which spans, novels, articles, film scripts, Powada (Marathi folk song) at prolific pace. The profound all round legacy of Annabhau, which took deeper shape between the years 1942 and 1966. It has 32 novels, 22 collections of stories, 10 folk plays, 10 ballads, 2 plays, 1 travelogue, and 2 urban literatures. It is not just quantitatively huge it is very deep in ideology and commitment to social issues. And so much is the profoundness of his message that it is translated in most Indian languages and also has reached the world as it is translated in many foreign languages like, German, Russian, and Slovak. Czech and French. Most of his work in a way comes from the travails which he suffered and him and observed from close quarters in his life.

The intense poverty of his household forced them to migrate to Mumbai, walking on foot over a period of six months. Not only in their village he saw the exploitation on the ground of caste and class, while travelling also he got entangled and landed up as bonded labor, from which he escaped with difficulty. The experiences in Mumbai are a bit different, exploitation continues but the livelihood comes in due to multiple opportunities which are available, dish washing in hotels, as artist in Tamasha (a Folk form of entertainment) and as a mill worker in textile factories. All this while living in the atrocious conditions of Ghatkopar slums which is a suburb of Mumbai. His observations and experiences pop up in his literature rather his literature is the mirror of the life which he lived and experienced. His literature and brilliant oratory is aimed at lending a helping hand of agitations and struggles of which he is a part.

Initial part of his life was the period of India’s slavery to British and when he became part of Communist Trade Union he raised his voice against the exploitation of labor. He became part of the resistance against exploitation of workers. The scripts of his films, the novels took his fame to Russia, where he was invited twice and could see as to how revolution transformed that country from abject poverty and derivation to a better condition for the laboring masses. Though later things took a turn towards worse!

As he was not an armchair writer, the pangs of his own huger and humiliating social situation gets expressed in his work, which is prolific by any standards. His statement that the Earth is not resting on the head of a multithreaded snake but on the labor of dalits and workers speaks of his ideological foundations. While his biography is a fascinating reading, much to learn from and even debate in today’s changed context, what remains etched in one’s mind after reading his life trajectory is the story of a man totally committed to social change for better society. A man raised in caste riddled, a man who suffered caste oppression which included residing in Mangwada (area where untouchables live), outside the village, society but also determined to raise his voice against the ignominies of caste system through his performances and writings. A man raised in prevalent poverty- deprivation all round but presenting his characters with respect, dignity and equality. Even in the midst of the dominant patriarchal society, his woman characters are presenting with dignity of equal beings.

His troupe “Lal bavta’ (Red Flag) had performed in various places for raising the copiousness of workers to stand against the intense exploitation by the capitalists and adding his might to strengthen the progressive movement for economic rights of workers. This also reminds one of the later similar contributions of Safdar Hashmi, who was killed while performing in a slum of Delhi. To add on to taking up of struggle of workers, he took up the issue of caste injustices and tread on the path of Jotirao Phule and Ambedkar.

There can always be a debate about the politics’ of left parties and those which focused on caste system, rights for dalits. It is unfortunate that these supplementary issues have been presented as opposing and contrasting paths. If we see the path adopted by Joti Rao Phule we see that in his book, Shetkaryache Asud, Phule sees the same person as a cultivator and same person is put on the low scale of caste system, to be exploited both the ways: caste and class. In case of Babasaheb Ambedkar, he not only leads the Chavdar Talav and Kalaram Mandir agitation but also goes on to form Independent Labor Party.

This dichotomy between caste and class has been a big handicap for the progress of social movement for equality in India. Today’s communist parties seem to have woken up partly to the caste issues in a positive ways. What is needed is to overcome the thought of left parties disagreeing with Babasaheb in the past. Left surely needs to go beyond just the worker-farmer’s struggles and try to form a joint front where issues of dalit-Adivasi and workers are treated at the same level, where alliances rooted on economic and social issues need to be mooted and the rise of authoritarian tendencies in the name of religion need to be curbed.

Caste hierarchy has always been couched in the garb of religion. Same Religion which gave the legitimacy to caste-Varna is today being presented in the form of nationalism. How would Annabhau have seen today’s political scenario? Today we see that politics, which wants to retain status quo, politics, which creates hysteria around nationalism is not only targeting the religious minorities but also ensures that ancient values of the times of manusmriti are glorified. This is a signal to retain or bring back caste-gender hierarchy in newer forms.

Annabhau’s literature emerges from the characters he met in his life during his long years of roaming about, his travels, his work as textile worker and observing his neighborhood with deep empathy, the slums where he spent most of his life. It is because of this that he does not look a class and caste struggles as binaries, it is because of this that his women characters are the ones with dignity and looked up be males as equal beings.

In today’s context all what Annabahu stood for stands opposed by the dominant politics’ in the name of religion. This politics aims at hegemony of dominant castes and class, this politics’ in a subtle way is gradually restoring the inequality in a subtle way. Glorifying caste system and supporting the monopoly capital is built-in part of this ideology which is hiding in the garb of religion. The ideology which is dominating today is putting the clock back and the achievements of left movement and Babasaheb’s struggle’s aim to the done away with through clever formulation, through raising emotive issues of temple, beef, nationalism, love jihad and merit. The workers movement has been weekend due to the changes I industrialization pattern automation etc.

The rifts between religious communities are being heightened and issues raised by downtrodden are being hidden from the sight of the society and social thinkers. This is the time when the path shown by Annabhau is most relevant. A society free from exploitation, fulfilling the basic needs of food, shelter, employment and health are the need of the hour. The communities and social groups for whose uplift he struggled are having a very adverse time. Their livelihood levels are on decline; their fundamental basic needs are nowhere near fulfillment. The caste system is being manipulated to follow the path of ancient values of hierarchy, i.e. Manuvaad, all through.

Undoubtedly Annabhau rises tallest in the literary contributions and urgings for social upliftment in a most humane fashion. Call it Marxism; call it Ambedkarism he wants to embrace all the values and principles which can uplift the downtrodden of the society. This is the message of his life. Fight against injustice in a most positive way; synthesize the ideologies which can unite the oppressed of the society to stand as a united movement to counter the class-caste-gender exploitation.

His own journey, full of deprivations shows that he did not look at himself as a victim, but as an agent of change. One can sulk about the deprivations in one’s life. When he was told to shift to a bigger house after he got some money through his writings and film scripts etc. he stated that “sitting on arms chair I one can just imagine the poverty, but I cannot feel the pain of hunger without my own hunger pangs!” A fourth standard drop out creating literature on which hundreds of PhD research can be engaged is a real phenomenon. It is so because he learned in the school of life; it is possible because he converted his own hunger pangs into the social issue, something which is to be overcome for the whole society.

He did receive the highest literary honor from Maharashtra, but his work is no less than the one deserving Nobel Prize. He is in the league of Tagore and Premchand at literary level. He is the best embodiment of the values which Marxism propounds, and he is the best expression of what Ambedkar struggled to achieve.

Surely he must be a compulsory read for all those who dream of a society with equality, freedom and Dignity. 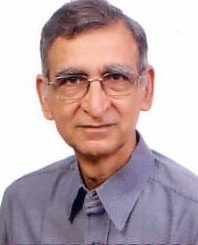 What is our Nationality: Indian or Hindu?

What is our Nationality: Indian or Hindu?

Electoral Process is a Secular Activity

Electoral Process is a Secular Activity

Modi Sarkar: Where does it stand at half Time?

Modi Sarkar: Where does it stand at half Time?