Nipah Virus (NiV) is a zoonotic virus, meaning that it can spread between animals and people. Fruit bats, also known as flying foxes, are the animal reservoir for NiV in nature. Nipah virus can be transmitted to humans from animals (such as bats or pigs), or contaminated foods and can also be transmitted directly from human-to-human. In infected people, it causes a range of illnesses from asymptomatic (subclinical) infection to acute respiratory illness and fatal encephalitis (swelling of the brain) and can cause mild to severe illness and even death. The virus can also cause severe disease in animals such as pigs, resulting in significant economic losses for farmers.

Based on an assessment by the Global Virus network, the R0 (R naught) of the Nipah virus was estimated to be 0.43. R0 is a mathematical term quantifying the average number of new infections that one infected individual can generate in an otherwise naïve population. For an infection to spread through a population, R0 needs to be greater than 1 (>1). Based on assessments made from the previous Nipah virus outbreak in Kerala that killed 17 of the 19 infected patients, the fatality rate is 45 per cent to 70 per cent.

NiV is a member of the family Paramyxoviridae, genus Henipavirus. It is a zoonotic virus, meaning that it initially spreads between animals and people. Fruit bats also known as flying fox of the family Pteropodidae - particularly species belonging to the Pteropus genus - are the natural hosts for Nipah virus. There is no apparent disease in fruit bats. It is assumed that the geographic distribution of Henipaviruses overlaps with that of Pteropus category. This hypothesis was reinforced with the evidence of Henipavirus infection in Pteropus bats from Australia, Bangladesh, Cambodia, China, India, Indonesia, Madagascar, Malaysia, Papua New Guinea, Thailand and Timor-Leste.

African fruit bats of the genus Eidolon, family Pteropodidae, were found positive for antibodies against Nipah and Hendra viruses, indicating that these viruses might be present within the geographic distribution of Pteropodidae bats in Africa.

Given that NiV is genetically related to Hendra virus, another henipavirus known to be carried by bats, bat species were quickly singled out for investigation and flying foxes were subsequently identified as the reservoir.

Infected fruit bats can spread the disease to people or other animals, such as pigs. People can become infected if they have close contact with an infected animal or its body fluids (such as saliva or urine)—this initial spread from an animal to a person is known as a spillover event. Once it spreads to people, person-to-person spread of NiV can also occur.

Outbreaks: Past and Present

Nipah virus (NiV) was first discovered in 1999 following an outbreak of disease in pigs and people in Malaysia and Singapore. This outbreak resulted in nearly 300 human cases and more than 100 deaths, and caused substantial economic impact as more than 1 million pigs were killed to help control the outbreak.

While there have been no other known outbreaks of NiV in Malaysia and Singapore since 1999, outbreaks have been recorded almost annually in some parts of Asia since then. It was recognized in Bangladesh in 2001, and nearly annual outbreaks have occurred in that country since. The disease has also been identified periodically in eastern India. The virus has been shown to spread from person-to-person in these outbreaks, raising concerns about the potential for NiV to cause a global pandemic.

Other regions may be at risk for infection, as evidence of the virus has been found in the known natural reservoir (Pteropus bat species) and several other bat species in a number of countries, including Cambodia, Ghana, Indonesia, Madagascar, the Philippines, and Thailand.

Although Nipah virus has caused only a few known outbreaks in Asia, it infects a wide range of animals and causes severe disease and death in people, making it a public health concern. Outbreaks occur almost annually in parts of Asia, primarily Bangladesh and India. The Nipah virus is known to spread from its natural host, such as flying foxes (fruit bats), to animals and humans and can cause serious illness that may result in death. The first case of Nipah virus in South India was reported from Kozhikode district in Kerala in May 2018. The outbreak was contained and declared over by June 10, 2018, not before it took 17 lives. Thereafter, in June 2019, a new case of Nipah was reported from Kochi and the sole patient was a 23-year-old student, who later recovered. With this year's reporting of a case, it is the fifth time the virus has been detected in India and the third in Kerala. As per the latest report of the Central High Level Team, Nipah Virus disease is not a major outbreak and only local occurrence limited to two districts in Kerala i.e. Kozhikode and Malappuram. Available data suggests that there is no need for the general public to be apprehensive about the safety of individuals and their family members. The Ministry of Health and Family Welfare is closely monitoring the situation.

During the first recognized outbreak in Malaysia, which also affected Singapore, most human infections resulted from direct contact with sick pigs or their contaminated tissues. Transmission is thought to have had occurred via unprotected exposure to secretions from the pigs, or unprotected contact with the tissue of a sick animal.

In subsequent outbreaks in Bangladesh and India, consumption of fruits or fruit products (such as raw date palm juice) contaminated with urine or saliva from infected fruit bats was the most likely source of infection. There are currently no studies on viral persistence in bodily fluids or the environment including fruits. Human-to-human transmission of Nipah virus has also been reported among family and care givers of infected patients.

During the later outbreaks in Bangladesh and India, Nipah virus spread directly from human-to-human through close contact with people's secretions and excretions. In Siliguri, India in 2001, transmission of the virus was also reported within a health-care setting, where 75 per cent of cases occurred among hospital staff or visitors. From 2001 to 2008, around half of reported cases in Bangladesh were due to human-to-human transmission through providing care to infected patients.

The Nipah virus is known to spread far more slowly than SARS-CoV-2. However, it is its ability to kill that is the biggest concern. During the first outbreak in Siliguri, 45 of the 66 people confirmed to have been infected died, that is, a mortality rate of 68 per cent. In the next outbreak, in Nadia district of West Bengal, in 2007, all the five infected people died. During the most recent outbreak in Kerala in 2018, 17 of the 18 patients confirmed to have been infected died. In 2019, only one case of Nipah virus infection was detected in Ernakulam, but prompt response restricted any further spread. The infected person survived.

Most people who survive acute encephalitis make a full recovery, but long term neurologic conditions have been reported in survivors.  Approximately 20 per cent of patients are left with residual neurological consequences such as seizure disorder and personality changes. A small number of people who recover subsequently relapse or develop delayed onset encephalitis.

The case fatality rate is estimated at 40 per cent to 75 per cent. This rate can vary by outbreak depending on local capabilities for epidemiological surveillance and clinical management.

Nipah virus infection can be diagnosed with clinical history during the acute and convalescent phase of the disease. Different tests are available to diagnose NiV infection. During early stages of the illness, laboratory testing can be conducted using real time polymerase chain reaction (RT-PCR) from throat and nasal swabs, cerebrospinal fluid, urine, and blood. Later in the course of illness and after recovery, testing for antibodies is conducted using an enzyme-linked immunosorbent assay (ELISA). Other tests used include polymerase chain reaction (PCR) assay and virus isolation by cell culture.

Early diagnosis of NiV infection can be challenging due to the non-specific early symptoms of the illness. However, early detection and diagnosis are critical to increase chances of survival among infected individuals, to prevent transmission to other people, and to manage outbreak response efforts. NiV should be considered for people with symptoms consistent with NiV infection that has been in areas where Nipah is more common, such as Bangladesh or India—particularly if they have a known exposure.

In addition, the quality, quantity, type, timing of clinical sample collection and the time needed to transfer samples to the laboratory can affect the accuracy of laboratory results.

Though Nipah was first identified in 1999, but there are currently no drugs or vaccines that specifically target Nipah virus infection. WHO has identified Nipah as a priority disease for the WHO Research and Development Blueprint. With outbreaks contained and localized, the Nipah virus, unlike the corona virus, has not received global attention. In 2018, the WHO lauded Kerala for the outbreak response, saying that "illustrates how effective, strong, and connected health systems in close cooperation with animal health and wildlife sectors are vital to preparedness and fast reaction."

Treatment to Nipah infection is limited to supportive care, including rest, hydration, and treatment of symptoms as they occur. There are, however, immunotherapeutic treatments (monoclonal antibody therapies) that are currently under development and evaluation for treatment of NiV infections. One such monoclonal antibody, m102.4, has completed phase 1 clinical trials and has been used on a compassionate use basis. In addition, the antiviral treatment Remdesivir has been effective in nonhuman primates when given as post-exposure prophylaxis, and may be complementary to immunotherapeutic treatments. The drug Ribavirin was used to treat a small number of patients in the initial Malaysian NiV outbreak, but its efficacy in people is unclear.

The golden rules of track, test, treat apply to Nipah infection too.

In areas where Nipah virus (NiV) outbreaks have occurred (Bangladesh, Malaysia, India, and Singapore), people should:

Because NiV can be spread from person-to-person, standard infection control practices and proper barrier nursing techniques are important in preventing hospital-acquired infections (nosocomial transmission) in settings where a patient has confirmed or suspected NiV infection.

Other geographic locations are at risk for NiV future outbreaks where flying foxes (bat genus Pteropus) live. These bats are currently found in Cambodia, Indonesia, Madagascar, the Philippines, and Thailand. People living in or visiting these areas should consider taking the same precautions as those living in areas where outbreaks have already occurred. In addition to steps that individuals can take to lower their risk for NiV infection, it will be critical for scientists, researchers, and communities at risk to continue learning about NiV to prevent future outbreaks. 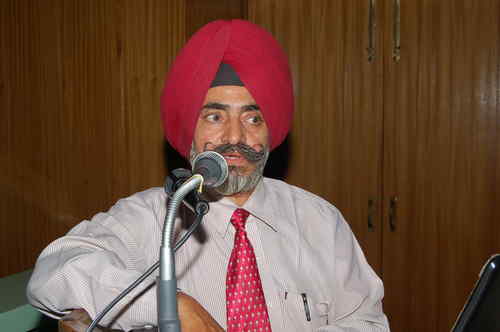