Is there freedom in paradise? If yes, where does it lie? Is it veiled amidst the verdant vegetation or sheltered softly beneath the snow? Does it scream from the hill-tops or serenade from the skies? Or does it gush out from rivulets to rest upon the rocks of eternity?

Maybe freedom nestles not in such bespoke spots, but in the souls who inhabit them- in their will to resist, to repair, to reclaim, the meaning of independence. Maybe freedom is harnessed despite the human shields, the pelted stones, and the rattle of gunfire that produce anguish in toddlers, restlessness in the young, and resignation in the old. Maybe freedom is nurtured precisely where it is meant to be scuttled. Maybe freedom is felt if you choose to hope where life itself despairs.

“Kashmir is an open cage, the people here never think of the future,” declares Javed*, 23, who lives in the volatile town of Sopore in the Baramulla district. Next to his house is a graveyard where countless nameless graves ensconce bodies of Kashmiri youth whom nobody can identify, but most can relate to. Young people who never realised the liberties of youth, thwarted at every point by a system that damns agency and breeds uncertainty.

“When I go out of my home, my mother knows there is a chance I may not come back. I may be picked up by the police or, like so many other youngsters, shot dead.” For Javed, the presence of the police and the Indian Army, which has been amplified since Kashmir lost its special status under Article 370 of the Constitution of India last August, is not a source of security, but one of panic.

It is difficult to imagine that there was a time when the Indian forces were welcomed in sections of Kashmir (that were in favour of acceding to India) and seen as saviours from the Pathan rebels (believed to have been sponsored by Pakistan) in 1947-48. During Operation Gibraltar, Pakistan’s mission to infiltrate Jammu and Kashmir in 1965, Kashmiris had refused to give in to the separatists, often sharing valuable information with the Indian troops.

But the situation is starkly different today, when the Indian Army and the entire police apparatus are seen in Kashmir as oppressive agents of the occupational strategy of the Government of India.

“It feels like life has been on pause since the abrogation of Article 370. People are alienated and depressed,” observes Zainab*, a 24-year-old from uptown Srinagar.

According to a preliminary assessment by the Kashmir Chamber of Commerce (KCCI), Kashmir’s economy has undergone estimated losses of up to $5.3 billion, with more than 100,000 people becoming unemployed since the Narendra Modi administration abruptly stripped Kashmir of its right to a separate constitution, a state flag, and autonomy over internal administration.

Under Article 370, Kashmir had benefited significantly in terms of the land reforms of the 1950s, and the performance of Kashmir on important indices like life expectancy, infant mortality, and poverty, had been consistently better than India’s national average. Originally intended as a measure to integrate Kashmir with the rest of India, the abrogation has only pushed it farther from the normalcy prevailing elsewhere in India.

“People who depend on business and tourism for their livelihood are suffering. Journalists who speak out are being arrested. Mainstream politicians as well as activists have been detained. Schools and colleges haven’t opened in a year. People are being subjugated in every way.”

In portraying this gruesome picture of Kashmir, Zainab also recounts what she and other Kashmiris experienced in the aftermath of the abrogation:

“We went from disbelief to anger to hopelessness. We bottled everything inside us and in many ways I feel we have not yet let go of that initial feeling.”

In such circumstances, what does 15 August, India’s Independence Day, mean for Kashmir?

A day on which parades, speeches, and processions commemorate the legacies of the Indian freedom movement against British imperialism, when Indian flags are hoisted, celebrations are staged, and patriotic films, songs, and national sporting accomplishments are played on loop across India.

“The first thing that comes to mind when anyone mentions 15 August is curfew. This is the only memory and experience we can relate with the independence day of India. It does not, in any way, hold any other significance in our lives. It is a day when we are supposed to stay in our homes, and if we dare to venture outside we might get beaten by the troops. There are always extra troops and barricades on 15 August.”

Javed echoes Zainab’s thoughts, and for him, “Kashmiri people celebrate 15 August as a ‘black day’. There have been many killings in the past on 15 August, even when the protests were non-violent.”

For Furqan, a 29-year-old journalist and filmmaker currently based in the United Kingdom, 15 August brings back similarly unsettling memories:

“I grew up in Doda during the 1990s, when armed rebellion and militancy was everywhere in Kashmir. I remember my father’s sister’s house was burnt down by the Army, based on false reports. The kind of vocabulary [around the time of 15 August]...was always crackdown, protests, lockdown. The word ‘lockdown’ had a different meaning in Kashmir...15 August was about a show of military might; it was a spectacle- parade, Army, CRPF (Central Reserve Police Force), military dominance.”

Showcasing this “military might”, however, does not rely solely on brute exhibitionism, something Furqan has learnt with time.

“On 15 August, police officials pretend as if everything is normal. Authorities make small children and impressionable minds participate in skits and plays. I myself played the role of an Army general when I was a kid. The play was a big hit, and I became popular among the locals,” says Furqan, with an ironic grin, before continuing, “I’m embarrassed about it today. I understand that this kind of nationalistic discourse was a part of the propaganda machinery. As a child, I wanted to join the Indian Army.”

Mahdi*, 25, is a close friend of Furqan. A fellow journalist and filmmaker from Poonch, near India’s Line of Control with Pakistan in Kashmir, he is also presently in the United Kingdom. According to Mahdi, Kashmir is in a “pre-refugee state. If the current Modi government persists with its policy of settler colonialism by hollowing out Kashmiri institutions and overhauling domicile laws, Kashmiris will begin to parallel the condition of Palestinians, Syrians, and Rohingyas. There will be targeted cleansing of Kashmiris.”

Mahdi adds that over the years, people in his area in Poonch “have only pretended to celebrate on 15 August because they did not want to annoy the Indian government, or the Army, or the local bureaucracy. But nobody believes in it, in the idea of 15 August.”

Independence, in the context of Kashmir, has a simple meaning for Mahdi: “a better life, a peaceful life, where I can stay at home and don’t have to think of taking my family out of Kashmir.”

Some 4000 miles away from Mahdi’s flat on the English south coast, Javed’s vision of Kashmiri freedom in Sopore is not dissimilar:

“I want to do what people around the world can do. If I am organising a football tournament for some youngsters who would otherwise have taken to drugs, I don’t want to be heckled and asked where I got the money for the tournament...We, in Kashmir, want to go out of our homes without fear, without surveillance, without questions. We do not want anything remarkable. We simply yearn for normal lives.”

Over in Jammu, which had, alongside Kashmir and Ladakh, been demoted to the status of a Union Territory in 2019, the prospect of “normal lives” seems more real.

“Things are peaceful in Jammu right now. We feel safe. I know that nobody will come and threaten us to leave,” remarks Versha Koul, 22, who was born in Jammu after her family, like so many Kashmiri Pandits, migrated from Kashmir during the ’90s when the Pandits were relentlessly persecuted in one of the darkest episodes in Kashmir’s history.

Versha calmly notes that “Jammu is on the side of India. Independence Day is similar here to what happens in the rest of India. But Kashmiris find it difficult to relate to the people of India...who in turn always look at them suspiciously...considering them to be militants. It is very difficult for Kashmiris to rent flats and access other services in various parts of India.”

In spite of the relative stability in Jammu, internet services remain downgraded, just like in Kashmir. Neither the Indian government nor the judiciary seems too bothered. In the absence of 4G internet, Versha, like countless students in the Valley, cannot access online classes or submit her assignments as required by her institution.

Cooped up in their homes due to the coronavirus pandemic, people of Jammu and Kashmir cannot stream a YouTube video without it buffering endlessly. It takes about two minutes for a WhatsApp text to be delivered, and even email attachments can take close to an hour to download.

In the uber-networked world of today, the victims of the world’s longest internet shutdown (in a democracy) have been disconnected, seemingly indefinitely.

“The Indian government needs to gain the confidence of the people, especially in Kashmir. Otherwise the divide will keep on growing,” asserts Versha.

But how is this confidence to be gained, after decades of governmental interference through manipulation and sabotage in Kashmir?

Furqan believes that the first step is to allow Kashmiris to express their culture and identity authentically: “The Indian mass media has propagated the idea that Kashmiris are fundamentalists, an Islamist state with its loyalties to Pakistan. But Kashmir has its own heritage. We have a very rich history here, comprising everything from poetry to handicrafts to music. Sufism has flourished in Kashmir, and so have rap and hip-hop.”

Cultural expression in Kashmir, however, cannot take place in a vacuum. If Kashmiris are to dwell in a free mindscape, their voices on political grievances must be heard, feels Zainab:

“You cannot understand the situation in Kashmir by only listening to Indian and Pakistani ‘experts’, or even the Kashmiri politicians and the elite. International media need to talk and listen to the local Kashmiris. That is the only voice that should matter.”

Furqan agrees. Independence, in the sense of being allowed to live on one’s own terms by exercising the basic rights that other parts of India have taken for granted, can only arrive in Kashmir through empowering Kashmiri voices, both within and without:

“It’s about creating noise, we all need to make more and more noise. Kashmiris in Kashmir, Kashmiris across the world. There needs to be a global solidarity with Kashmir. The struggle for independence in Kashmir is a protracted struggle. At first, you will despair. But then, you’ll also learn to hope.”

(*Javed, Zainab, and Mahdi are not the real names of the interviewees addressed as such. Pseudonyms were used while referring to their comments in this article as they did not wish to disclose their identities.) 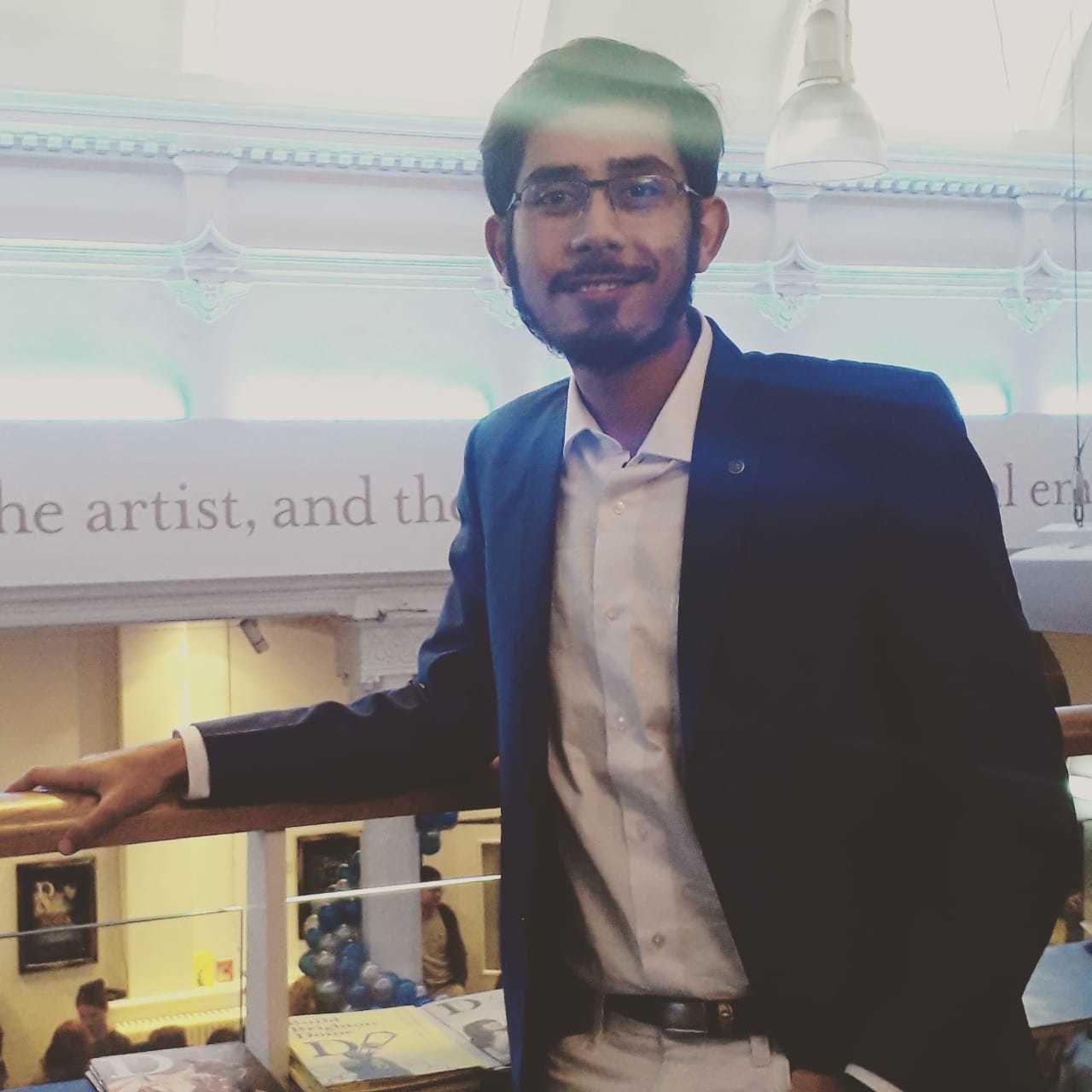 Priyam Marik is an Indian freelance journalist currently based in the United Kingdom. He writes features and columns on politics, culture, and sport for various international media.