It seems from the treatment meted out to the migrants that they are mere numbers without a human face. They are being talked about and being herded as if they were cattle who should accept what little is being doled out to them without any complaints and be grateful to the authorities for mercy done. That such a large migrant worker population running into many lakhs in number and on whose shoulders our factories operate, construction projects are carried out, farmlands are tilled and grow our food, homes and offices are kept clean and shining and heavy loads are transported manually from place to place finds no place for consideration in all our planning process is a tragedy for our democracy. 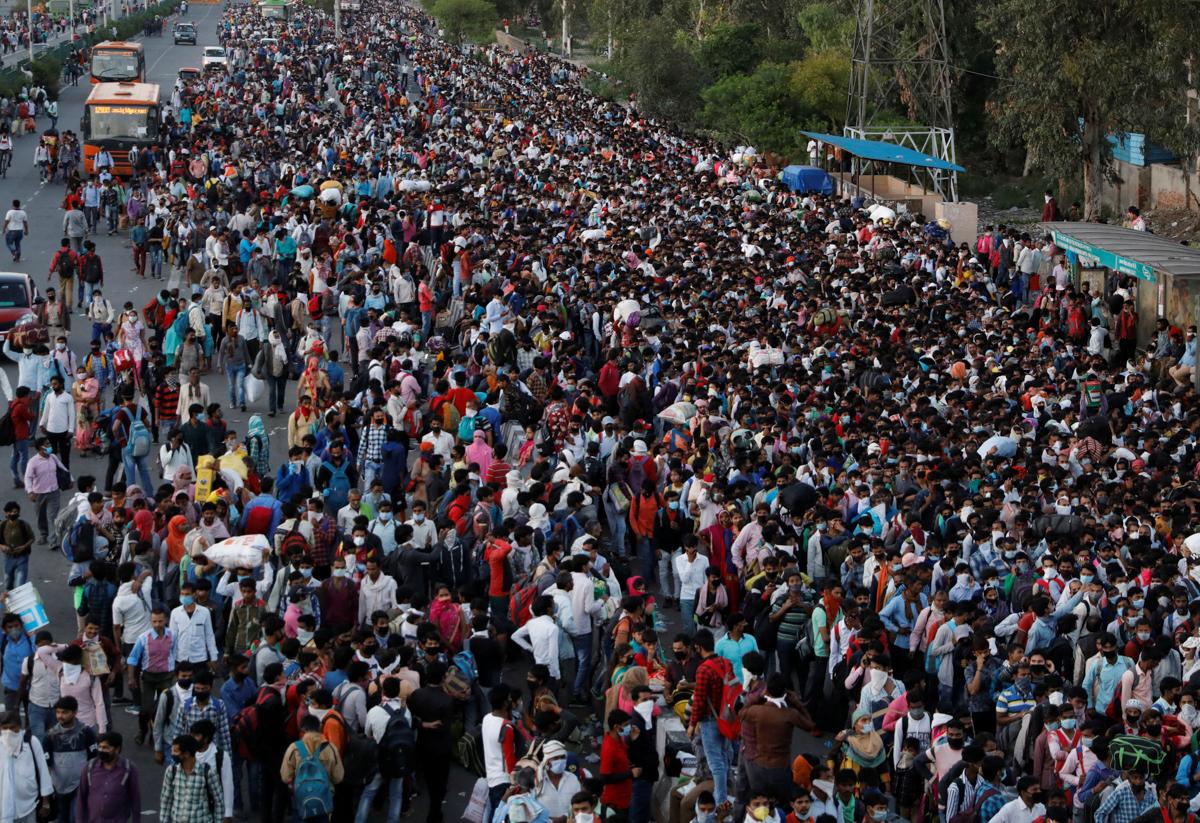 It was a most inconsiderate decision by the Centre to announce the first Lockdown for 21 days without any State consultation that night giving a notice of only four hours to the public. The most affected were the migrants living far away from their homes in Punjab, Haryana, Maharashtra, Karnataka, Rajasthan, etc. Most of these migrants were from Bihar, U.P., Jharkhand and Orissa who were working in those States because their native State had neglected to provide them jobs nearer their homes. Suddenly with the announcement of the Lockdown these migrants got cut off from their work as well from their homes with little or no support system from their places of work. The State in which they were working ignored them; their own State from where they had come forgot them. In one stroke they became stateless beings for whom there was no plan or solace. On top of this they were faced with the cruelty of no support to their families back home in their own State.

The second Lockdown still ignored the problem of the migrants except to announce that wherever they are they should quietly and meekly obey the order to remain there and not complain. They were told to practice the joke of ‘social distancing’ in a cramped make-shift accommodation on a hungry stomach and be satisfied with whatever was offered to them as a grace. There was no mention of when they could go back to their villages and no news about whether their distant families had been taken care of. If they came out on the streets in desperation of hunger and torture, they were beaten and pushed back to those dingy accommodations that were a mockery of preventing Corona Virus through social distancing.

At long last the Central Government in fear of a riot by the migrants realized that the migrants must be allowed to go home in view of the Lockdown getting further extended. A circular was therefore issued by the Centre as to how the transfer of the migrant population was to be facilitated by the States concerned with Centre playing no part in the process even though the problem was created by the Centre in the first place. The main points were –

All the above could have been avoided by giving a few days’ time prior to the sudden announcement of the first Lockdown. At that time all trains and buses were running and migrants would have happily gone home to their families – a facility we the rich enjoy sitting in our comfortable homes.

At this point in time to satisfy the above conditions, firstly the States will require enormous number of Bus trips requiring financial inputs they can ill afford. Transport by Buses will take a number of months for completion of the job resulting in further alienating the poor migrants. Checking both at boarding point and receiving point will place a heavy manual and financial burden on the State already reeling under the spread of virus.

The beauty of this proposed exercise is that the Centre has washed its hands off from the whole tangle which it created in the first instant.

The lone sufferer is our poor helpless migrant population who is being sacrificed on the alter of saving us the rich community from Corona Virus. Should we close our eyes and live happily thereafter?

Migrant Population that counts for nothing —— Prem Verma